Tapout wants to extend congratulations to Michael Franks and Brian Chrestoff for putting down some incredible times at the track this weekend in their ATS-Vs. Texas Motorplex played host to the V-Racing Invitational and Tapout tuned ATS-Vs prevailed again! ATS-V Semi-Stock Class had seven cars and Brian Chrestoff won the division with a best time of 11.112 @ 121.49 mph. ATS-V Pro Modified Class had four cars and Michael Franks had the best time with a 10.868 @ 130.23 mph. Eleven ATS-Vs were at the event in total. Two had Tapout Tunes, and these were the quickest and fastest in their respective classes. If you look at the Official Quarter Mile Rankings, you can see that Tapout Tuned cars now occupy 10 of the top 20 spots. Who wants to be next? 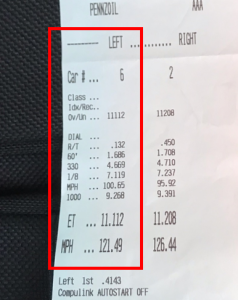