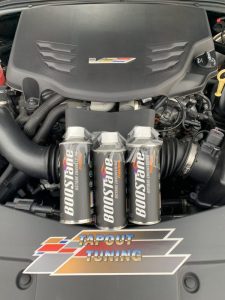 I have owned four cars that I have altered the performance on. Most recently was a built WRX, that went through four tuners, where each one did certain things well. Now that I have the V. I can comfortably say Scott and his team make me wish Tapout could have tuned the WRX. I bought the car with plans of bringing it to Germany in the summer as the Army moved me here. I asked Scott and some other tuners of my plans. I decided to go with Tapout to tune my V. I started out with just a tune, drop-in filters and better plugs. I than decided I wanted a little more power and asked Scott his advice. He recommended down pipes. So I purchased and installed them. Then I moved to Germany, and need a revision with my tune as the fuel is better here, amongst many other things in the states. After getting the car dialed in and putting it away for the winter I wanted to experiment with the octane booster that many in the community recommended called BOOSTane, also recommended by Scott. The car is an absolute rocket now. I can’t wait to put a Tapout car on the Nürburgring soon. In closing I would say Scott’s customer service, knowledge base, willingness to expand on the platform, and his ability to be a sponge with learning what makes the LF4 really work is what makes him worth every penny!