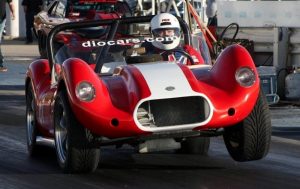 I almost went with another tuner before deciding on Scott at Tapout. I talked to a guy that I was considering buying his car instead of modifying mine. He said don’t let anyone tune your car except Scott because he had several guys tune his and Scott was the only one he would trust again. So I took his advice and paid more and got all my money’s worth and then some. So remember you get what you pay for and with Scott you get all your money’s worth and then some. Feel free to contact me. And yes I raced on Pinks and Street Outlaws television shows.