We have all learned just how complicated the inner workings  of the ATS-V are. It’s in a league all its own, so even the most experienced tuners can struggle with this car if they’ve never tuned an ATS-V before.

Dood from New York found himself in that very situation in today’s Tapout Tune of the Week. After leaving his ATS-V with the first tuner things seemed hopeless because they could just not get his car to run right. That’s when Dood made the switch to Tapout so he could get his ATS-V back on the road again! After looking at a scan from his car we were able to make the necessary corrections with our own Remote Tune so that his car could be the animal on the streets it was meant to be! “This guy is the God of ATS-V tuning” Dood said. We don’t know about that, but we do know that every ATS-V deserves the raw power you crave and the reliability every new car should have. 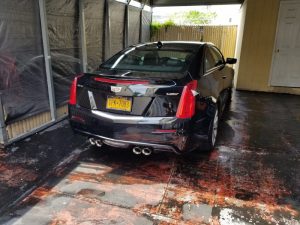