This week we have two happy Tapout Tuned customers both from sunny and warm Florida.

Ruben reached out to Tapout after having just recently purchased his ATS-V and was excited to begin the Remote Tuning process. After performing an initial scan we knew exactly what his ATS-V needed and it wasn’t long before his car was performing at the level he hoped it would. “He simply worked his magic and the car is just a monster now all around! I could not be happier with my decision”.

Ken on the other hand was having difficulty with a different tuner who would not return his calls. After spending some time at a local car meet he was told Tapout Tuning could get his ATS-V tuned right away. We began working with Ken and before long he was off to the races. “Have not been this impressed before in my life! Finally found someone who gets back to you in a timely manner, helps point out issues you might have with your car and gets everything running at peak efficiency”.

We’re always focused on tuning so keeping things efficient for you is our top priority. Any time spent not driving your ATS-V is time wasted so we want to get you back in that driver’s seat! 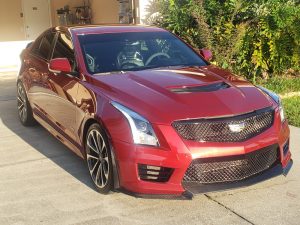