Sometimes there is no better therapy than doing big smoky burnouts, and if you’re smooth enough to grab your boss’s keys, you’ll be lucky enough to do them in his ATS-V! 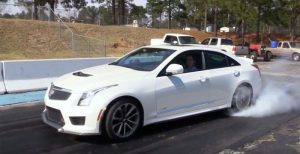 Making more power in your ATS-V is great, but what’s even better is when you can do it safely. At Tapout Tuning we know there are a multitude of factory settings implemented to ensure your LF4 engine is performing flawlessly and safe from damage. It is very important to us that those factory safety settings are still in place, even when your car is making significantly more power than when originally designed. Below we have outlined just a few of the things we do to keep your ATS-V safe when running our tune:

This all adds up to a tuning company that is looking out for your car’s well being. These cars were meant to be driven hard, and with a Tapout Tune we provide you with huge power gains that are safe on and off the track.

Take a look below to see a recent scan from a customer who did repeated high speed runs less than a minute apart. By his fifth time the intercooler was no longer keeping pace, and the Tapout Tune automatically reduced boost as soon as manifold air temperature reached 148 degrees Fahrenheit.

Does anyone happen to know who drives this VERY quick CTS-V we may or may not have tangled with in Columbus, Ohio Sunday morning? 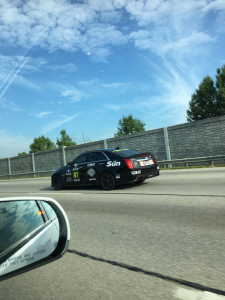 This week’s throwback Thursday features Scott Cook’s 2000 Pontiac Bonneville SSEi. This was the first 3800 FWD Bonneville to ever run a twelve second quarter mile. Then eleven seconds. And then ten seconds! The best time was 10.711 @ 125.71 mph with Ed Morad as the driver.

In the drag racing world FWD cars are certainly outnumbered  by RWD cars. In RWD cars, weight transfer at launch works in your favor. In FWD cars, it’s the opposite of what you want to happen. It took considerable engineering in order to achieve  these impressive quarter mile times.

If you could see through all that tire smoke, you would notice that custom designed wheelie bars fabricated by Bob Cook. However, what is different about these wheelie bars is that rather than keeping the front of the car from lifting too far off the ground, they are actually being used to apply downfroce to the front wheels to improve traction. These are some of the intricacies you have to consider when you’re building the quickest 3800 FWD Bonneville in the world. You have to shift your mindset from what you consider to be a typical drag car, to one that is going to act in a completely different way.

Overcoming challenges like this is what has lead to Tapout Tuning’s success, solving problems and making solutions!

Ryland from Florida recently had his ATS-V tuned by a competitor and very quickly he realized that something was not right. Not wanting to take any chances he began working with Tapout Tuning to alleviate any concerns.

As it turns out Ryland was right to be cautious because  after Tapout looked over his vehicle’s tune, it was clear to see something was definitely wrong. We found that the previous company desensitized the knock sensors to the point where his ECM would have been unable to protect his engine in the case of bad gas or rail pressure drop. That was in addition to the boost being poorly controlled.

After implementing our Tapout Tune and eliminating the problems from the previous calibration, Ryland could immediately feel an improvement. “I could tell this tune was superior on the very first iteration. The boost control felt much more linear and smoother, and yet still faster than my original tune.” he stated.

Throughout this whole process we made a point, as we do with all our customers, to thoroughly explain the changes we were making during the data-logging process. This is so you can completely understand the changes and why we are making them. It is of utmost importance that we not only provide a great tune that brings massive amounts of power, but also one that can be safely implemented into your vehicle to provide years of driving enjoyment. 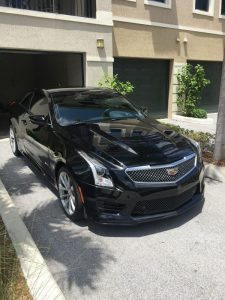